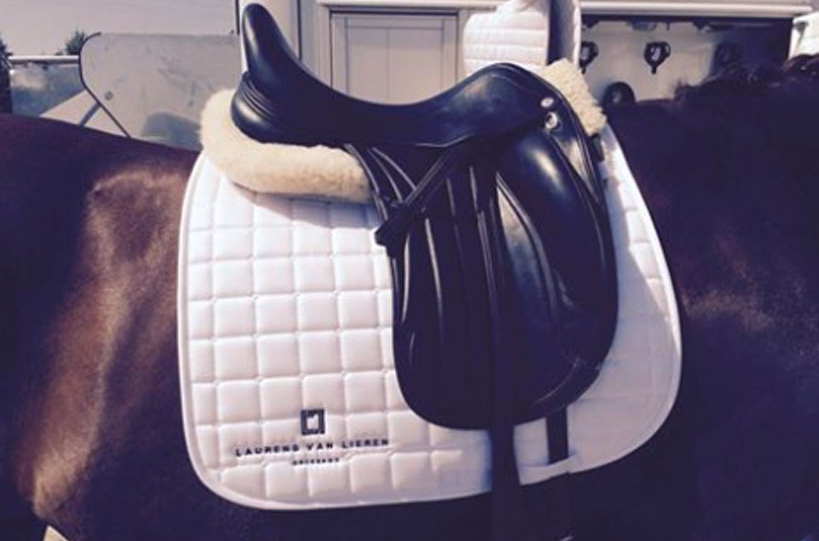 Great results for the team Laurens van Lieren Dressage!
Yesterday the entire team took part in the competition in Werkendam.
Benjamin was first up with Vonkenstein and won the 1st test with a nice score of 64% ! In the 2nd test, the combination was 3rd.
Benjamin: “Vonkie was pretty relaxed and I was able to ride well from part to part, shame we had some mistakes in the second test, but even there I could keep Vonkie going.”
After Benjamin it was Sylvia’s turn, she competed with two horses in the PSG. Unfortunately Liebling did not get a high score but with her own horse Champion she scored 66% and was 3rd.
Sylvia: “I was very happy with this test, Champ was great and it felt easy, we are ready for the next step!”

In the same class Laurens made his official debut with Dutch Design. Also this time the combination showed a good and flawless test. A score of 68% and a 2nd place was the result behind Lynne Maas with Electra who got 1st place
“The next time I want to ride more spectacular, but DD was very much concentrated and went faultlessly through all the exercises. It is such a great horse”

In the last class, combined with the GP Deborah rode in the Intermediare 2, because of two major faults a high score stayed out but there were definitely highlights. Deborah: “some parts were better than ever, but I also made mistakes. Too bad, but I’ve learned a lot this week.”.

And last but certainly not least Laurens and Zingar Northside did another nice Grand Prix test, with a 66% score as a result. Laurens: “The preparation was not optimal this week, but I did not want to let this home game go by. I’m happy with what we practiced in the arena, thats what i wanted, to do a ”practice-test” I know where we need to work on in training.