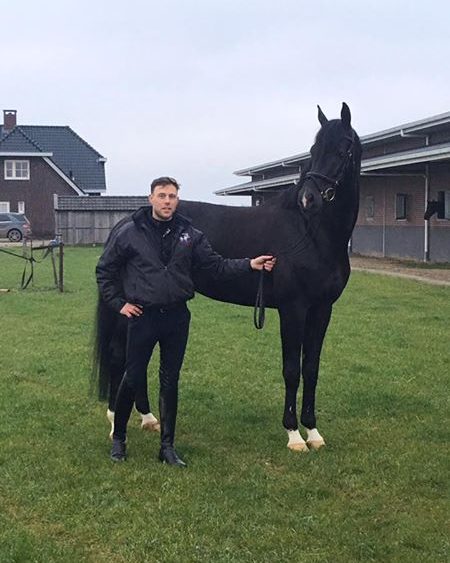 A successful competition for the team of Laurens van Lieren Dressage.

Laurens made his competition debut with his new asset, Dutch Design. This light-footed black stallion ran his test effortlessly and was received very positive by the juries. Laurens: ” it was’nt official yet but next time we sure will!
Laurens also competed with “Ziggy” in the Grand Prix. “Zingar Northside has made great progress, he ran a very consistent Grand Prix, with the collected items as highlights. The score could perhaps have been higher, but today our score (68.30%)  was enough for the win”

Benjamin Maljaars competed Vonkenstein in the ZZ-Z. “Vonkie” Benjamin started riding Vonkie not to long ago, but the first test gave a very beautiful and harmonious image and they placed 4th already. In the second test there was some tension, wich is why a higher score remained off.