Laurens van Lieren was born in Goes, in the province of Zeeland, on 21st December 1981. One year before he was born his parents set up Stal Hexagon. Nowadays Stal Hexagon is a household name in the horse world.

Laurens started at Junior level with the horses Dimitri and Hexagon’s Rubiquil. With Rubiquil he was later very successful at various European Championships. In 2001 the pair was awarded their highest individual ranking by taking 5th place at the Young Riders in Iserlohn. Finally, they made it together to Grand Prix level, where they were also very successful. Hexagon’s Rubiquil was bred by Laurens’s mother and is approved as stud stallion. Many of his offspring are successful in the sport.

At the end of 2011, Laurens decided to concentrate on studying psychology and coaching. Stal Hexagon, his father’s yard, supported his decision and offered to accommodate his horses. The yard also offered a good starting point for the activities that Laurens wanted to develop further. A period of strong development in coaching and leadership followed, as well as many sporting achievements.

At the beginning of 2014 his son Brent was born; this brought about many changes in Laurens’s life. He moved to Schiedam to be closer to his parents-in-law. Lynne’s parents can often look after Brent, especially when Laurens and Lynne later compete in more international competitions. Besides, entrepreneurship beckoned. At the beginning of 2015 he set up Laurens van Lierop Dressage. He found new accommodation for his horses at Selevia Hoeve, the superb facility owned by the Van Den Broek family in Werkendam.

Laurens about his choice: “My father built up Stal Hexagon with an own vision. It is his brainchild, his life-long work, and it did not feel right for me to me to interfere in this whilst he is so passionately busy with his work. This meant that I sought more independence, but still in conjunction with Stal Hexagon. In this way I hope to combine the best of two worlds and to make us even stronger across the whole board.” 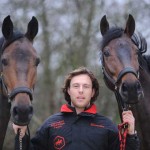 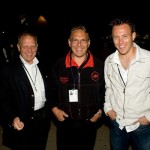 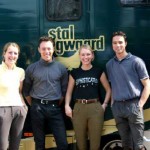 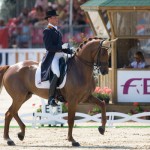 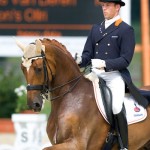 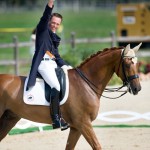 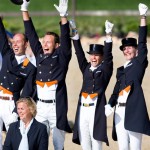 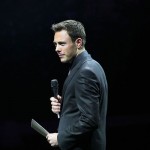 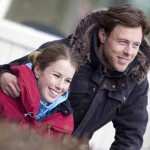 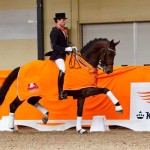 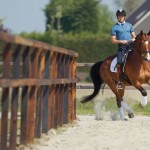 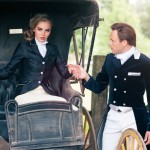 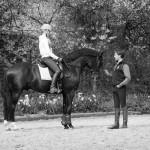 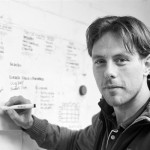 “By working together with Laurens during our time at Stal Hexagon I learned a lot from him. He gives me new ideas that help both me and my horses progress.”- Dinja van Liere -
“For many years Laurens has been the commentator for our dressage horse auction. Through his knowledge of the sector and spontaneous way of communicating, he is a true asset to our event!”- Equine Elite -
“The reason that Laurens has been asked to commentate for the NOS for so many years is his knowledge and objectivity. We only work with the best.”- NOS -